Born and raised in Vancouver, Akhil Jobanputra started his journey in the Indian classical vocal form known as khayal at the age of three. Akhil is currently under the tutelage of Gurus (masters) Dr. Pandit Arun Dravid and Pandit Arijit Mahalanabis. He has also received guidance from Pandit Sanjeev Abhyankar. Akhil’s music is shaped by drawing on elements of self-introspection, personal narratives, religio-philosophical beliefs, and artistic expression.

As a performer, Akhil has been featured in various venues and events across Canada, the United States, India, and the United Kingdom. Some of his recent performances include UTSAV SpringFest 2018 (Leicester, UK) and Richmond World Festival 2019 (Richmond, Canada). As an educator, Akhil has taught a number of students to enrich Vancouver’s South Asian traditional arts and culture ecosystem. He was recently featured in the Canadian South Asian Youth Conference, and his paper “My Identity, My Music” was published by the Simon Fraser University Library.

At the age of twelve, Akhil founded the Indian Classical Music Society of Vancouver (ICMSV) with the goal of bringing communities together and promoting various local events. Since then, he has curated a series of initiatives and events geared at increasing awareness, accessibility, and education around Indian classical music. Akhil is a recent graduate of the University of British Columbia and is a follower of non-dualist Śaiva and Śākta traditions. 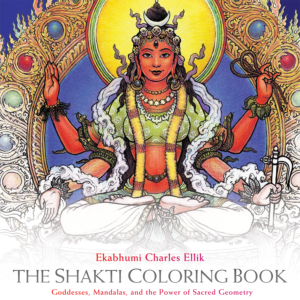 I'm humbled and grateful that Sky Tea has a masterpiece for a sign board.
—Jeni Quigg